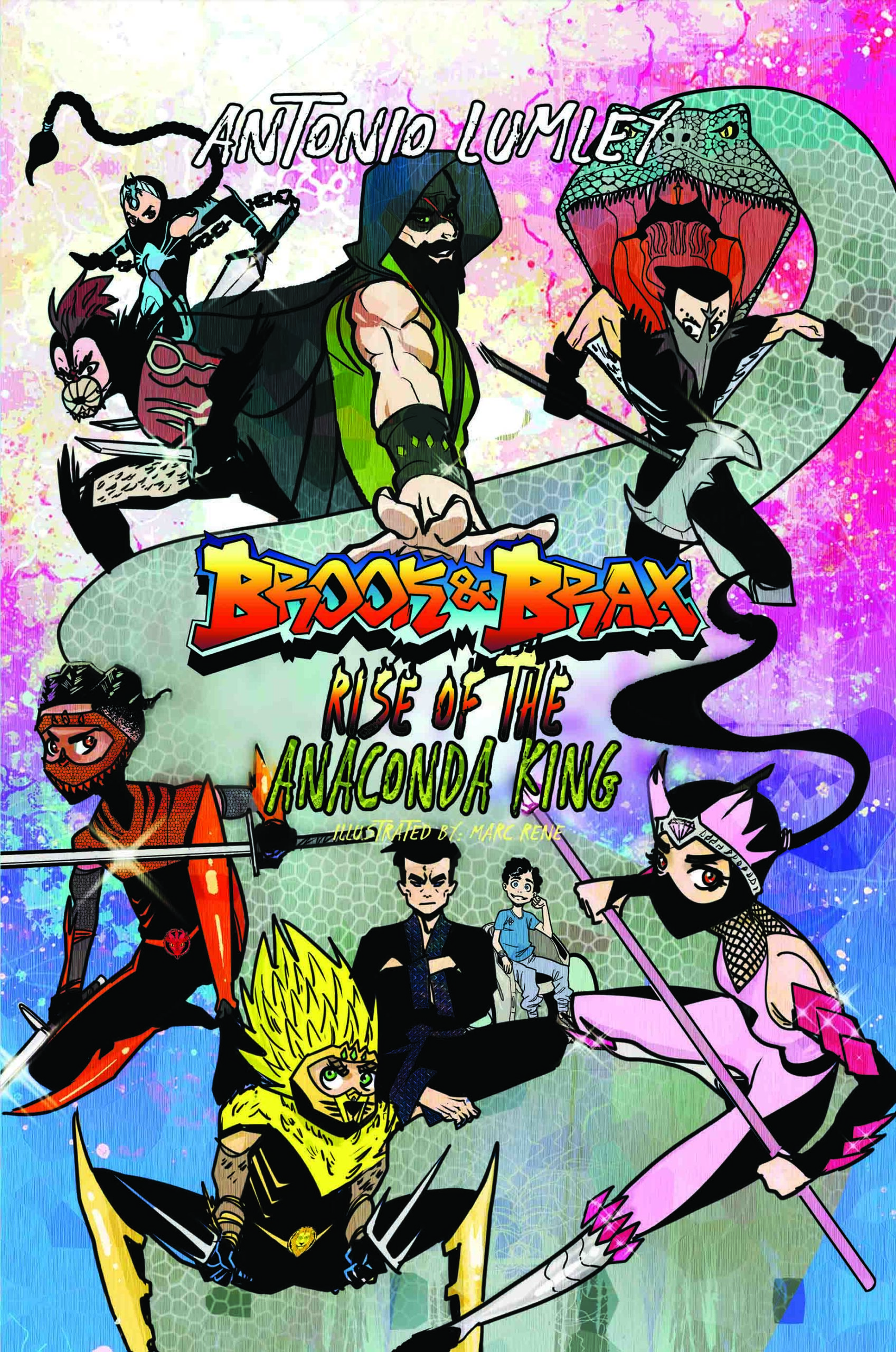 Purchase at one of these Online Retailers!

RISE OF THE ANACONDA KING

It was no small feat to defeat Puke, Lil Dumps, and the Stank Rebels, but Brook & Brax’s superior ninja skills finally brought hope and peace back to Moondrop Academy. Unfortunately, that peace was short-lived as evil is brewing once more.

While Sensei Iron Post rigorously trains Brook & Brax in hand-to-hand combat, a formidable foe has risen from the ashes of his complicated past. His former training partner went rogue, utilizing his martial arts skills to cause mayhem and destruction. During a menacing crime spree, he morphed into the wicked Anaconda King and vowed to destroy Sensei Iron Post and everyone he loves.

Now the Anaconda King’s back, along with his sinister ninja disciples under his dark tutelage. Will the Anaconda King hunt down Sensei Iron Post? Can Brook, Brax, and the team survive the impending apocalyptic battle?